Part I: The Natural and Formal Elements

Introduction: The Wheel of Elements 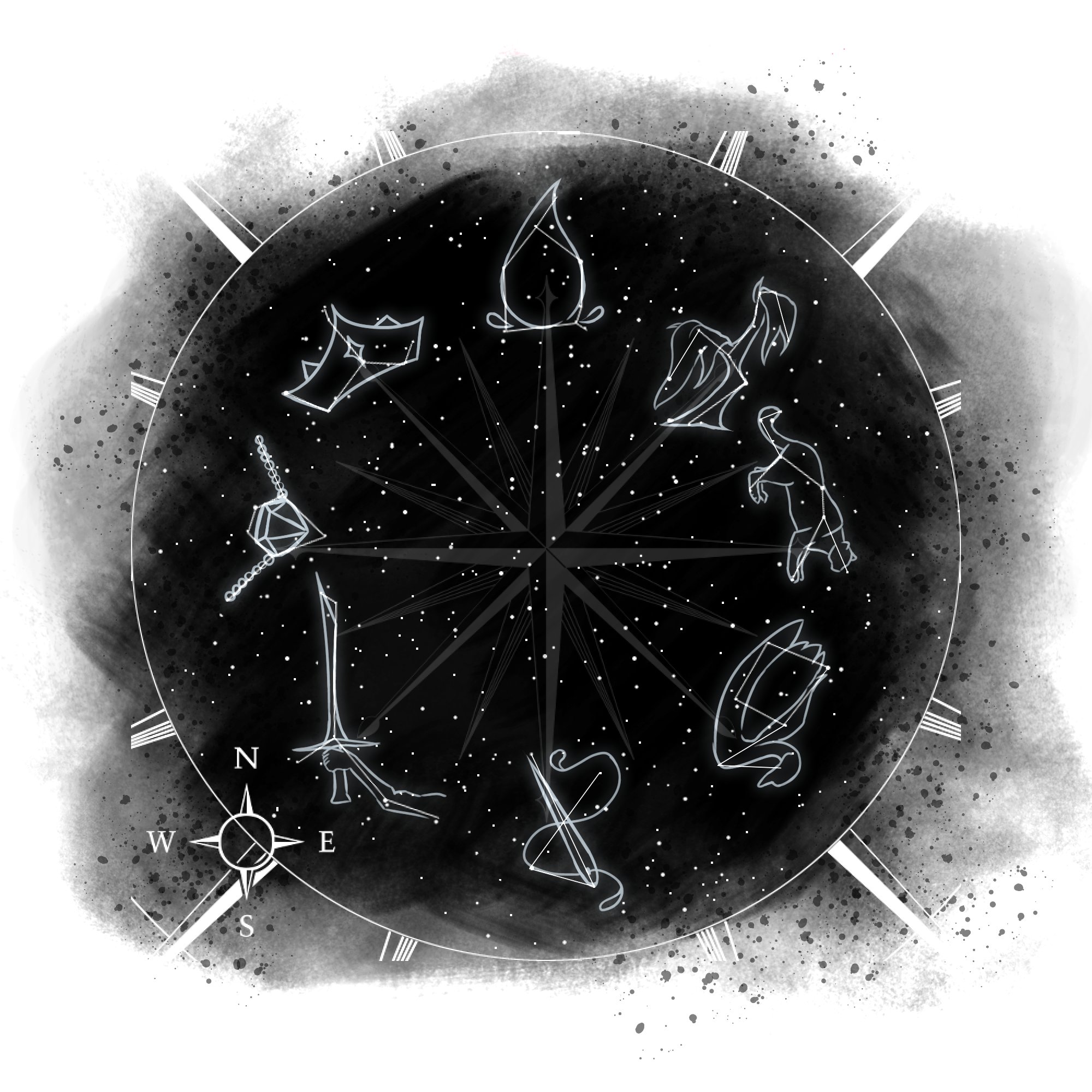 Within the boundaries of any world sits the potential for its own warping. This, one might call "magic."

For centuries, humans on this planet have perfected a system for manipulating this magic. From humble beginnings, magic has since developed into a sophistacated craft, honed by theory and practice. Humans have parsed the chaos into a set of eight elements, which can each be manipulated for their own specific purposes. These elements are further divided in two ways: an association and an origin.

The eight elements have been ordered into a zodiac, associated with equatorial constellations. The standard order of the elements begins with the Mist, the natural water element, and ends with the Prince, the formal air element.

We shall now discuss the order of the elements in more detail.

The zodiac begins with the four natural elements: the Mist (water), the Willow (earth), the Panther (fire), and the Swan (air). These elements are associated with nature as it exists, and their powers reflect this. This cycle begins with the Mist, which is believed to be the element from which the planet arose epochs before. From the Mist, the first life on land was the ferns, trees, and grass, represented by the Willow. Following this, the land predators, represented by the Panther, and the flying birds, represented by the Swan, multipled across the planet. This creates the first cycle of life from which natural magic draws.

The second half of the zodiac are the four formal elements: the Weaver (water), the Sword (earth), the Goldsmith (fire). and the Prince (air). These elements represent the society which humans created out of nature. We first needed protection from the elements, comfort in our bodies, and a tapestry to share: this is why we begin with the Weaver. We then crafted tools and weapons, forged from rock, which became the Sword. This craft grew into art, into a system to trade value between each other, and create wealth, wealth which created the Goldsmith. Finally, certain humans arose as leaders, into our system now of Kings and Queens and their subsidiaries; therefore, our final element of the zodiac is the Prince.


In the upcoming chapters, we shall discuss each of these elements and their common powers in specific detail.